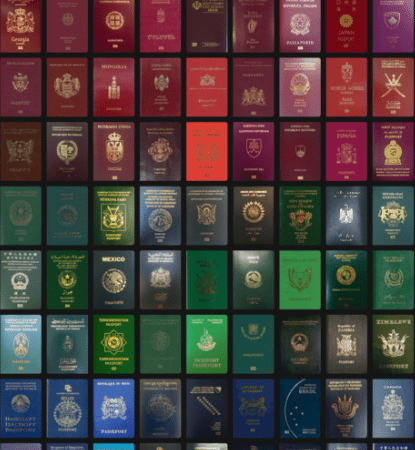 Visa-Free Countries– A visa is authorization to enter another nation on legal grounds. Travelers won’t always require a visa, as the majority of nations have agreements that let people move freely between them without obtaining a visa.

The capacity to visit a foreign nation without obtaining a visa is referred to as visa-free travel. Only a valid passport is needed in this circumstance for admission and exit.

Typically, visa-free regimes are exclusively used for touristic or business travel, and they permit brief stays of up to 90 days; nevertheless, travelers must still have appropriate travel documents.

The following factors may lead to nations entering into visa-free agreements with one another:

Visa-Free Agreements in the World

Some of the most recognized visa agreements include the following:

A Schengen visa is an authorisation issued by a Schengen State with a view to:

2. The US Visa Waiver Program.

The Department of Homeland Security (DHS) in collaboration with the State Department administers the Visa Waiver Program (VWP), which enables nationals of 40 countries to visit the United States for up to 90 days for business or vacation without obtaining a visa. In exchange, the 40 nations must allow American citizens and nationals to visit them visa-free for a comparable period for business or tourism. However, they need to be registered in ESTA before entering the country.

From April 1, 2016, all travelers must possess an e-passport to use the VWP. An electronic chip is embedded in an improved secure passport, which is known as an e-Passport and is indicated by the symbol. E-Passports are issued by the appropriate passport issuing agency and are required to adhere to international standards for protecting and storing data related to the passport and bearer.

3. Bilateral Agreement between the US and Canada.

The longest border in the world, spanning about 9,000 kilometers, is between Canada and the United States. The efficient and secure movement of people and commodities across the border, which is essential to both nations’ economic competitiveness and prosperity, is managed by close cooperation between the two nations.

By this agreement, US and Canadian citizens can travel across the two countries without a visa by using either; their passport, a border crossing card, or an enhanced driver’s license.

Citizens of the following countries can travel without a visa between members of the GCC, such as:

Other Visa Free Arrangements are :

You can check to see if your country falls into any of these categories. And if yes, then you are on the path to traveling to the cooperating country or countries on a visa-free arrangement.